Travel and tourism contributed $56 billion to the total gross domestic product in the Caribbean last year — about 15% of the region’s total GDP, according to the World Travel & Tourism Council.

“This is a very important economic activity for the region,” said Gloria Guevara, the president and CEO of the tourism council. “Something like a hurricane, of course, can have a very significant impact.”

Emergency authorities say people on some of the most at-risk islands left the area by plane before the storm hit, while others have been riding it out inside hotels or other shelters built to withstand storms.

Report about the Dominican Republic after the visit of Hurricane Irma

The storm left at least nine people dead as it tore through St. Martin, St. Barthélemy, Barbuda and other islands. Barbuda is barely inhabitable with nearly all its buildings damaged, the Prime Minister of Antigua and Barbuda said.

Anguilla also saw significant damage, including to facilities that house the elderly and sick, according to Ronald Jackson, the executive director of the Caribbean Disaster Emergency Management Agency, who spoke to CNNMoney Wednesday morning.

But some fear that Irma and Maria could leave its mark for months to come, if not longer. Tourism season in the Caribbean doesn’t get into full swing until December, and Irma’s and Maria’s effects could still be felt once holiday travelers descend.

Jibrilu said that could be potentially devastating for the commonwealth, which just last year fell in the path of Hurricane Matthew. “The areas that were directly hit by Hurricane Matthew — they are still in recovery mode,” she said. “Homes are still being repaired, or not repaired. People are still trying to get their lives back to normal.”

Estimates for the destruction wrought by Matthew in the Bahamas range from $60 to $600 million, Jibrilu said. Two hotels on Grand Bahama are still closed, she said, leaving many residents there without work.

Hugh Riley, the secretary general of the Caribbean Tourism Organization, said cleanup after the storms will need to happen quickly and effectively.

And he stressed that prospective visitors need to understand that damage to one part of the region does not render every island uninhabitable.

“No one ever wants to minimize the importance of what happens in one particular part of the Caribbean versus another,” Riley said. “But it really doesn’t mean that we’re closed for business.”

But even after the storm clears the Caribbean, Jibrilu said she’s worried about where it may go next.

This is what happens when a storm hits:

A prime example of this would be Elbow Cay after Hurricane Floyd hit in 1999.  The island was devastated and many feared it would never be the same. But the community banded together to rebuild the damaged homes and businesses in a concerted effort to make the island even better than before, which they achieved a year or so later.  This rejuvenation led in part to Elbow Cay’s real estate boom in the 2000s. Likewise, Hurricane Matthew destroyed many of the docks at Ocean Club Estates on Paradise Island in 2016, but a few months later every one of them had been replaced and in the months that followed, the Ocean Club saw a surge in sales that it had not experienced in many years.

So, what to expect in the next month or two if you are a seller (or buyer) in The Caribbean? Generally, the initial weeks after a hurricane will be slower due to the publicity. Having said that, I’m of the firm opinion that there is no such thing as bad publicity. Take Barbuda, for instance. Many people may not have considered it as a holiday destination before Irma and Maria, but now that it has been front and centre of the news cycle, some of those people may be curious enough to follow its rebuilding and possibly decide to visit once it is back in shape. So although the market may well remain slow for a while, apart from a few buyers that try to take advantage of the disruption caused by the storm, in Autumn something happens up north that is a true blessing to the Caribbean Islands – the COLD! When that first frost hits any thought of hurricanes become a distant memory and all people think about are palm trees, beautiful beaches and the turquoise seas. The Bahamas and the Caribbean are back in business!

Dominican Republic has been blessed with an strategic location that has allowed for this hurricane season to pass without mayor losses and the tourism and Real Estate population has been unscathed. We suggest you to plan your vacations with plenty of time as this winter we will receive a mayor growth in tourism!.

Report about the Dominican Republic after the visit of Hurricane Irma 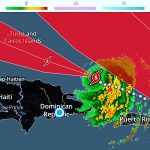 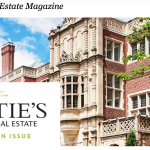