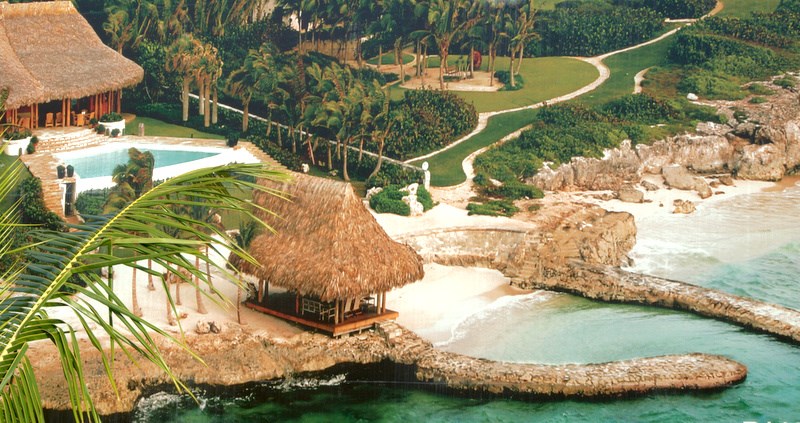 Puntacana Resort and Club – An unique way of life

The Dominican Republic’s Puntacana is now home to one of the busiest airports in the Caribbean – and with good reason. La Altagracia province’s pristine white-sand beaches, the heart of the Punta Cana region, are tailor-made for lounging, and the aquamarine waters that lap at its ribbon of shoreline invite world-class reef snorkeling. Amid the myriad beach and water sports diversions on the island, PUNTACANA Resort & Club has become one of the premier resorts in the entire Caribbean. Some of the very best golf courses in the Caribbean curve along this dazzling coastal region, including courses designed by Nicklaus, Fazio, Dye and Faldo. And an array of top-tier restaurants and open-air dining venues are sprinkled throughout the region.

On the East Coast of the Dominican Republic

Punta Cana is part of the newly created Punta Cana-Bávaro-Veron-Macao municipal district in La Altagracia, the easternmost province of the Dominican Republic. The area is best known for its beaches, which face both the Caribbean and Atlantic, and it has been a popular tourist destination since the 1970s. The Punta Cana area has an estimated population of 100,000 with a growth rate of six percentper year. European companies, particularly Spanish hotel chains, own all but two of the more than 50 megaresorts in the area.

The Punta Cana International Airport is one of the busiest and best-connected airports in the Caribbean. In 2010, Punta Cana received 4,758,109 passengers, making it the busiest airport in the country. It was the world’s first privately owned international airport. Currently, the airport has a U.S. Customs preclearance station, which allows passengers to clear customs and immigration before boarding a direct flight to the USA.

Punta Cana has 12 professional golf courses that have been built since 1991, conceived by designers such as Jack Nicklaus, P.B. Dye, Tom Fazio, Nick Faldo, and Nick Price.

Many other tourist facilities and attractions have been established in the area, catering to the large international market. Watersports are well represented, with diving and boat trips available. The Basilica Catholic Monument in Higuey, the 500-year-old capital of the province, was built in 1962 and designed by two French architects, and remains a popular cultural attraction today.

The tropically chic lifestyle at PUNTACANA Resort & Club is designed for those who appreciate high standards of quality, comfort, and aesthetics, and who demand nothing less when considering the purchase of a vacation home.

Frank Rainieri, Ted Kheel, Oscar de la Renta, and Julio Iglesias—the owners and developers—have chosen a slower, more careful method of planning and developing. The 15,000 acres, which include the privately owned Punta Cana International Airport, are being developed in a responsible manner with a philosophy of understated elegance and a deep belief in their role as stewards of what nature has bestowed on this lovely place.

A variety of pre-built estates are available overlooking the P.B. Dye golf course and the Caribbean Sea. For those who wish to build their own homes, there is a choice of homesites with magnificent views in the La Tortuga and Arrecife neighborhoods.

Officially inaugurated in April 2010, the Tom Fazio–designed Corales Golf Course is set between rocky cliffs, coral reefs, and the blue expanse of the Caribbean Sea. Six oceanfront holes, multiple lines of approach, picturesque canyons—a round at Corales can be a supremely rewarding experience. This exhilarating challenge culminates in the striking eighteenth hole with a dramatic carry over the rocky Bay of Corales, an inspired capstone to a breathtaking golf course. Access to Corales Golf Course is exclusive to Corales residents and a limited number of other members and guests of Tortuga Bay and the PUNTACANA Hotel. From 8 world-class eateries to championship golfing and a premier Six Senses Spa and wellness center, PUNTACANA Resort & Club has everything you need to truly find your own paradise.

Visit the PUNTACANA Village to sample an assortment of exceptional shops, restaurants, and art galleries. Kids can enjoy the playground or an ice cream as you relax among the Caribbean architecture. And when the sun goes down, your day isn’t over—if you want a little nighttime excitement, experience the spirited nightlife at Puntacava, our Village bar.