October 31, 2018 in Educational, Hospitality News, In the Press, Market Updates

In the month of September 2018, records show an arrival total of 365,368 passengers not residents by air, of the which 300,916 correspond to non-resident foreigners and 64,452 to non-resident Dominicans, yielding a growth of 17.3% with respect to the same month of the year 2017, so the Republic Dominican Republic remains as the main tourist destination in the Central America and the insular Caribbean.

The influx of non-resident visitors the period January-September of the year 2018 recorded the historic figure of 5,009,417 passengers, being the first once this number is reached non-resident travelers during the first nine months of the year, arrive 297,931 additional travelers with respect to the same period of the year 2017, equivalent to growth year-on-year cumulative 6.3%. Inside of this result, tourists foreigners experienced a rhythm growth of 5.1%, while the non-resident Dominicans registered an inter-annual variation of 15.2 per hundred.

The figures of the arrival of tourists according to regions of residence in the first nine months of the year, show that 59.9% of visitors arrived from North America, followed by Europe with 22.7%, South America with 13.1%, Central America and the Caribbean with 4.0% and Asia and the Rest of the World with 0.3%.

The arrival of non-resident foreigners in the country during the January-September period of 2018, according to airports, shows that the Punta Cana terminal received 69.7% of foreign tourists, ie 3,017,054 passengers, by its facilities, followed in order of importance by The Americas (15.4%) and Puerto Plata (7.4%), while the terminals of La Romana, Cibao, La Isabela and El Catey de Samaná, received 7.5% of the total number of non-resident foreign visitors. 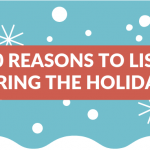