April 3, 2018 in Hospitality News, In the Press, Market Updates, Vacations The report includes the capital investment expense made by all those companies directly involved with the travel and tourism industry, as well as investments in specific tourism assets (hotels, restaurants, leisure facilities, transportation, etc.) made by companies from other sectors.

According to said ranking, in 2017 the country that directed most capital to the tourism sector was the United States, with an investment of 176.3 billion dollars.The next was China, a country that last year invested a capital of 154.7 billion dollars in the tourism industry.
After the USA and China, the countries that invested the most in tourism last year were India, France, Japan, Germany, Saudi Arabia, the United Kingdom, Spain and Turkey.

In the case of Spain, the capital invested in the tourism sector was 20,900 million dollars throughout 2017.

Destinations of the Persian Gulf

On the other hand, the WTTC report also shows those countries where the highest growth rates of tourist investment are expected between now and 2028.

These three countries, located in the Persian Gulf, launched in the 2000s a plan of millionaire investments and megaprojects linked to the tourism industry. 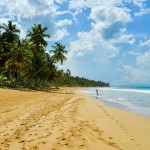 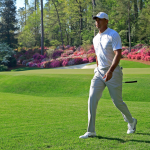 If you can’t make it to THE MASTERS, consider these 8 Dominican Golf Properties