January 12, 2016 in celebrities, Christies, In the Press, Luxury, People, Ultra-Rich and HNWIs

What does $200 million buy in Los Angeles these days? The Playboy Mansion, for one.

The legendary Holmby Hills estate where Hugh Hefner has worked and made his home for four decades is on the market for the nine-figure sum, making it among the priciest residential properties for sale in the United States.

As part of any sale, the 89-year-old Hefner will be allowed remain in residence for the remainder of his life, media reports said.

Among the major works of architect Arthur R. Kelly, the stone-clad Gothic Tudor-style mansion was built for department store scion Arthur Letts Jr. in 1927. Playboy acquired the estate of more than five acres in 1971 for around $1.1 million.

“At the time Hef and Playboy purchased the home, it was the largest real estate transaction in Los Angeles history,” Gary Gold of Hilton & Hyland, an affiliate of Christie’s International Real Estate, said in a news release. Gold holds the listing with Drew Fenton, also of Hilton & Hyland, and Mauricio Umansky of The Agency.

The three-story Gothic Tudor-style estate known as the Playboy Mansion has listed for sale at $200 million. (Jim Bartsch)
Within nearly 20,000 square feet of interiors are 29 rooms including chef’s and catering kitchens, a game room, a wine cellar and a screening room with a built-in pipe organ. The master suite occupies parts of two floors.

The mansion is also among a select number of L.A. properties to have a zoo license.

Grounds where the Midsummer Night’s Dream party unfolds each summer feature a menagerie of aviaries and arboretums holding a collection of exotic birds and monkeys. Albino peacocks and other animals roam freely through rolling lawns and various gardens.

Other amenities include a gymnasium, a tennis court, an orchard and the infamous swimming pool and swim-in grotto. There’s also a four-bedroom guesthouse.

At $200 million, the Playboy Mansion listed price tops that of Palazzo di Amore, the gated Beverly Hills estate developed by entrepreneur Jeff Greene that came to market at $195 million last year. The 53,000-square-foot estate has since seen its price cut to $149 million.

Le Palais Royal, a 60,000-square-foot, Versailles-inspired Beaux Arts mansion in Hillsboro Beach, Fla., returned to market in November for $159 million — a $20-million increase in price from what it originally listed for in 2014.

Explore others articles from our BLOG by clicking HERE 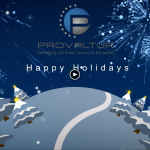 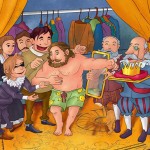