April 1, 2016 in celebrities, In the Press, Luxury Real Estate in the Dominican Republic, People, Ultra-Rich and HNWIs

The Pritzker Prize–winning Iraqi-British architect Zaha Hadid—arguably the most famous female architect of her time—died yesterday morning in Miami. According to the architect’s firm, Hadid was being treated for bronchitis in a hospital when she suffered a sudden heart attack. She was 65.
Swooping silhouettes and sharp angles have defined Hadid’s work across more than three decades, accenting contemporary skylines with forms that seem imported from a far-off future.

“Only rarely does an architect emerge with a philosophy and approach to the art form that influences the direction of the entire field,” architect Bill Lacy, the executive director of the Pritzker Prize, said when she received the coveted award. “Such an architect is Zaha Hadid who has patiently created and refined a vocabulary that sets new boundaries for the art of architecture.”

Luxury real estate has lost one of the best interpreter of forms and spaces only dreamed by some of the high net worth persons in the world.    We had the chance to stay in one property designed by Mrs Hadid and visit her solo show in the Guggenheim Museum of NYC some years ago. Very impressive !! 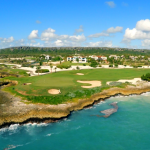 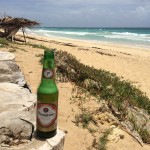 The 10 Best Ways to Retire in the Caribbean