November 28, 2016 in In the Press, Market Updates, Ultra-Rich and HNWIs

North America can expect to mint a new billionaire every six days for the next five years.

North America leads the world in billionaire creation, with more than 300 of the 945 new billionaires expected over the next five years coming from the continent. That works out at 60 billionaires a year, or more than one a week.

The number of millionaires in North America is also expected to jump by 33% over the next five years, rising to 19.7 million. There is forecast to be more than 100,000 ultra high-net worth individuals, or those with $50 million or more in wealth, in North America by 2021, making up more than half of the global total.

While the population of wealthy Chinese citizens is growing fast, the country is still far behind North America. The Asian giant has 1.6 million millionaires, only marginally ahead of Canada’s 1.1 million, and a long way behind the US, which has 13.6 million.

“The USA has the most members of the top 1% global wealth group, and currently accounts for 41% of the world’s millionaires,” the report said. “The number of UHNW individuals with wealth above USD 50 million is six times that of the next country, China.”

See more articles from our Blog HERE: Our BLOG Pricing BELOW the Market Average will help to sale FASTER ? 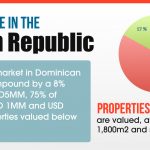 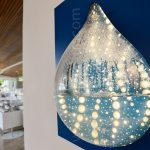 Luxury details of every home!