Adam Levine of Maroon 5 has bought an estate in Holmby Hills for $18 million, according to real estate sources not authorized to comment on the deal.

Designed by architect Caspar Ehmcke and built in 1966, the French Regency-style home sits on more than an acre of grounds that abut the Los Angeles Country Club.

Features of the 9,200-square-foot house include a garden-view breakfast solarium, scaled formal rooms and an office/den. Checkerboard marble floors create visual interest in the circular foyer. Two master suites are among the five bedrooms and 5.5 bathrooms.

Decking surrounds a quatrefoil-shaped swimming pool in the backyard. A pool house, a two-story guesthouse, a three-car garage and a gated motor court also lie within the fenced and gated grounds.

The property was listed for $19.9 million prior to the sale, records show.

Linda May of Hilton & Hyland, an affiliate of Christie’s International Real Estate, was the listing agent, according to the Multiple Listing Service. Kurt Rappaport of Westside Estate Agency represented the buyer.

Levine, 38, is the lead vocalist and guitarist for Maroon 5. The Grammy-winning pop-rock band has hits that include “She Will Be Loved,” “This Love” and “Moves Like Jagger.” The group’s last album, “V” (2014), sold more than 2 million copies worldwide.

Since 2010 he has appeared as a judge on the singing competition series “The Voice.”

A move has been in the cards for Levine since last year, when he put his Beverly Crest home on the market. The 3.6-acre estate, which the singer-songwriter renovated, was last listed for $15.95 million, records show.

Pop rock band and three time Grammy Award winner Maroon 5 will take the stage on September 9. Tickets are available now and range from $38 to $426.

Grammy and Golden Globe winner Sting will take the stage on May 13. Special guest star Joe Sumner will showcase his vocal talents and bass skills to kick off the music filled evening. Children are also welcome to attend the concert. Tickets are available and range from $128 to $749.

From his time as front man of classic rock group The Police, to his dynamic solo career, Sting has left his influential mark on rock music.

With chart topping hits including songs like “This Love” and “Don’t Wanna Know,” Maroon 5 has earned their spot as one of the most popular bands of the new millennium. 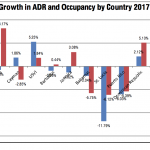