January 16, 2020 in Golf, In the Press, Lifestyles, Ultra-Rich and HNWIs, Vacations

From Golf Digest, by Ron Whitten

I’m speaking not of the architects responsible for the courses, but of the courses themselves. Twenty-three of the 100 Greatest courses outside the United States for 2020-’21 were founded in the 19th century, including Northern Ireland’s Royal County Down, No. 1 in our world ranking for the third consecutive time. Granted, every one of those 23 courses has been expanded, revised, modified, reshaped and remodeled many times in many ways over many decades, but they were heralded in their youth and remain cherished today in the eyes of our Course Ranking Panel, which includes more than 1,700 North American golfers and more than 350 international players

The Dominican Republic is now a major golf destination. Teeth of the Dog started it all back in 1971. Pete Dye has been periodically rebuilt and updated his earliest international masterpiece following repeated hurricane damage. The routing is stunning, a clockwise front nine, counterclockwise back nine, with seven holes hunkered down on the ocean, no more than 20 feet above the surf. The sea is on the left on holes five through eight, on the right on holes 15 through 17. Every hole is unique and scenic.

Jack Nicklaus got his start in golf design working with Pete Dye, and his 10-year-old Punta Espada is a lively version of Dye’s 40-year-old Teeth of the Dog course (No. 32) farther down the Dominican coast, from the to the broad waste areas of brilliant white sand usually associated with Pete’s work, as well as the low-profile greens and the eight green complexes right on the Caribbean shore. Punta Espada starts and finishes on the Caribbean and returns to it early in the back nine, with the awesome 249-yard, par-3 13th directly over an ocean cove.s 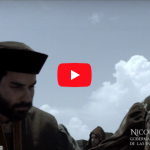 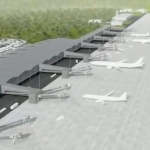