Outside of the top global economic hubs, Monaco remains the world’s most expensive luxury property market both on a price-per-square-foot basis and on an average sales basis. The principality topped the list of the world’s most expensive markets for prime property for the second year running, with average prices for luxury homes reaching $5,433 per square foot. “Average prices have risen in Monaco by 143 percent on a square-meter basis since 2006 and we expect this trend to continue,” says Monica de Champfleury of Hammer Draff Great Properties. “Demand for more spacious and luxurious apartments continues to grow, but supply remains restricted. Most new projects in development are already pre-sold or are earmarked for rental, putting upward pressure on prices. Monaco remains not only one of the world’s most expensive destinations but also one of the most attractive, and prices in prime locations are expected to exceed €100,000 per square meter by 2018.”

Although this price-per-square-foot metric provides a good benchmark to measure the relative “luxuriousness” of a property, it doesn’t reveal the amenities, features, or overarching characteristics one would expect of a luxury home in different markets around the world. To better understand the relative price of luxury around the world, we considered 40 luxury homes offered through the Christie’s International Real Estate network, examining square foot size, number of bedrooms, location, and typical amenities from a range of properties. The following analysis presents those findings. 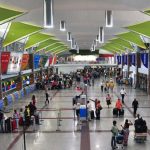 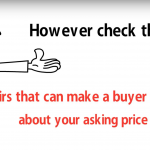