The Canadian city of Toronto was the hottest luxury real estate market in 2014, bucking a slowing trend in the world’s top property hubs, according to a new report from Christie’s International Real Estate.

In 2014, year-on-year luxury real estate sales slowed in the nine of the world’s top 10 property markets, which top-end international realtor Christie’s ranked by sales prices, average prices per square foot and number of luxury sales. Homes priced at $1 million or more were classed as “luxury.”

“2014 was the Toronto’s market’s second best year on record,” said Justine Deluce of Chestnut Park Real Estate in the Christie’s “Luxury defined” report, out on Thursday.

“If there had been more inventory (in Toronto), the record would easily have been shattered,” she added.

Christie’s said that “extremely low” supply of houses in Toronto had pushed prices to $1-2 million for “relatively average” houses and $2-4 million for larger homes or those in the “most desirable neighborhoods.” Several analysts have sounded the bubble alarm on the Canadian real estate market, with prices in the cities of cosmopolitan Calgary and seaport Vancouver also high.

House prices in Canada have climbed an astonishing 60 percent since 2000, according to the International Monetary Fund (IMF) and bubble alarms have been sounded by various analysts.

Along with Toronto, prices in cosmopolitan Calgary and seaport Vancouver, are particularly higher.

The IMF warned in March that the Canadian “overheated” housing market might be “cooling off.”

“There have been some recent signs that home listings to sales are rising noticeably in oil-rich Alberta, and we will need to keep an eye on the risk of a hard landing,” IMF Economists Hamid Faruqee and Andrea Pescatori said in a blog post.

More recently, on Tuesday, the Bank of Canada said the housing market was overvalued by 10 to 30 percent, according to Reuters. However, central bank governor, Stephen Poloz, reiterated his belief that no bubble was forming, the news agency reported.

Despite slowing growth, Christie’s said that luxury property continued to do well in 2014, as home sales jumped 16 percent year year-on year in the 75 markets it surveyed.

It attributes the jump in sales of property over the $1 million mark to the growing numbers of High Net Worth Individuals (HNWI)–people with over $1 million in investable finance—for whom real estate investments represent “a safe storage of wealth”.

London and New York topped Christie’s chart of luxury real estate markets, despite sales falling in the U.K. capital city in 2014. A home in New York sold for $100 million 2014, making it fifth most expensive house purchase of the year.

The 6 Secret Reasons why you need Professional Photos to sell your Luxury home ! 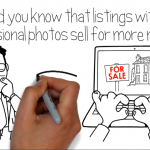 Finding the home of your dreams in the Dominican Republic can be as easy as…..