Years of record-breaking price increases, bidding wars due to limited luxury inventory, and strong international buyer interest resulted in a flurry of new ultra-luxurious buildings from developers eager to capitalize on ever-growing demand. 2015 was the apex of the new development blitz globally. The world’s 100th “super tall” skyscraper opened in New York this January, following the development of more than 50 skyscrapers between 2010-2015, many outfitted with ultra-luxury apartments.

New residential developments have begun to reduce supply constraints in some markets over the past 12-18 months. However, fewer international buyers and tightened liquidity due to equity market volatility has slowed demand and consequently limited the absorption of this new similarly high-priced stock, most notably in New York, Singapore, and Miami.

After a five-year housing shortage in New York, over 6,500 new units hit the market in 2015, the largest influx of new stock since the global financial downturn. Much of this stock was high-value “super luxury” condos. While Manhattan apartment prices smashed records in 2015, sales of $10 million-plus residences slowed by 14 percent in the same period, with much of the decline in the second half of the year.

A similar story unfolded in Miami, where the launch of new prime developments in 2015 bolstered inventory, but a decline in overseas buyer demand caused luxury market sales to slow. “It’s not something to be alarmed about yet, but there’s no question that we’re going to see values level out,” says Ron Shuffield of EWM Realty International. “We’re advising our sellers to be patient; it might take a little bit longer to sell.”

In London, new residential developments have successfully contributed to ameliorating the inventory shortage without overwhelming the market. “Our most exclusive residential development schemes in prime central London continue to attract significant attention and high prices, while the secondhand market hasn’t demanded the same kind of response,” notes Lulu Egerton of Strutt & Parker. 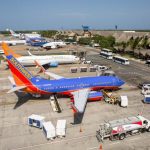