July 1, 2016 in Educational, In the Press, Luxury Real Estate in the Dominican Republic, Market Updates

In last year’s edition of Luxury Defined, the $100 million price point was identified as a new benchmark for the world’s most unique and luxurious properties. Contrary to media reports questioning the staying power of such a price point, the proliferation of real estate sales at and above this benchmark, and similarly realized prices for artworks in 2015, confirm that there is a narrow but strong market for both art and real estate at the $100 million mark.
There are, however, fundamental differences in the respective marketplaces for these trophy assets. Prices at the apex of the global prime property market are driven by the rarity, uniqueness, and quality of a residential offering, much in the same way as a masterwork of art. According to Capgemini, demand for exceptional pieces of art “outstrips supply at the high end, not just because of the rarity of the masterpieces, but also because their owners are often unwilling to sell, given the difficulty of finding assets with comparable return characteristics.” In the art world, it is possible to create a moment for the sale of a piece of artwork. The sale becomes an event, the provenance becomes a story, and the auction becomes historic. In this way, the art market can effectively mobilize to sell masterpiece works of art. Behind the scenes, auctioneers can accurately price and market the work of art due to readily available information about the artist’s body of work and the buyers of the artwork themselves.

Pricing becomes a surer exercise as specialists can assign an estimated price or set a reserve based on the sale history of the painting in question, or the performance of other works of art by the artist. The type of buyer for a masterpiece work of art is also well understood, and auctioneers have tailored their approach to conform to trends and tastes in art collecting. Christie’s sold three $100 million plus artworks in 2015 by Picasso, Giacometti, and Modigliani, achieving prices of $179.4 million,$141.3 million, and $170.4 million, respectively. These masterpieces were the top three sales at auction in 2015, and Christie’s was the only auction house to break the $100 million price point with its sales. The market for $100 million artworks is well developed, though not extensive, and the pricing of the art, and the identification of the buyers at this price point are comparatively easy to ascertain. While the market for $100 million properties has been established, the pricing of such properties is complicated by the novelty of the market and the dearth of information about the goals of relevant potential buyers for each such property at the exact time it hits the market. An important point is that sellers don’t have to sell and buyers don’t have to buy and there is rarely time pressure to do so, so it can take a while to establish the market steering price. Properties that have sold above $100 million often have few readily available price comparisons. In this sense, sellers are in uncharted waters when it comes to pricing. Complicating matters is the fact that homebuyers at this price point are ultra discreet, as are the location and the identities of the buyers, making advertising and marketing hard to pin down. Further complicating the market is the desire for private sales, with buyers and sellers wishing to avoid the media buzz that typically surrounds such a sale. Unlike art masterpieces, which are relatively easy to move and store, $100 million properties are immovable landmarks—a purchase of such a property places a buyer’s name on the map. 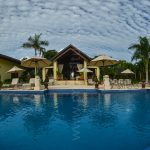 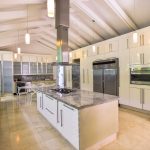 Paradise for bakers, and passionate chefs