We don’t think this paradise needs any kind of excuse to visit at any time. But if you needed some motivation, we can asure you that this post will fill any room for doubts about visiting Dominican Republic. We have the most beautiful tropical weather and also a templed mountain weather, cold and tranquil, so that means you can find a little of everything in this paradise. We invite you to take a look at this five reasons why you will fall for this paradise. Yes, just five luxurious activities that you can do here:

Considered by many to be the world´s most renowned golf course architect, Pete Dye, hand-in-hand with wife and LPGA Hall of Famer Alice Dye, created three of the most challenging courses in the game for Casa de Campo: Teeth of the Dog, The Links, and The Dye Fore. La Cana Golf Club is a 27 holes golf course consisting of three nines; Tortuga, Hacienda and Arrecife.

Designed by P.B. Dye, this course has become a favorite of golfers from all over the world, and keeping in line with Puntacana Resort & Club’s efforts to be as environmentally friendly as possible, La Cana Golf Club was the first course in the Caribbean to use paspalum, a grass seed that can be watered using sea water.

Designed by Tom Fazio and opened in 2010, Corales is an exclusive and dramatic 18-hole course with six Caribbean Oceanside holes. Designed along the natural cliffs, bays, ocean coves and the inland lakes and coralina quarries, Corales Golf Course rates among the World’s finest Golf Experiences.  The exhilarating challenge culminates playing the Devil’s Elbow, Corales’s last three holes. The Devil’s Elbow features the striking eighteenth hole with a dramatic forced carry over the cliff lined Bay of Corales, an inspired capstone to a memorable and breathtaking golf experience. Playing Golf in the most famous golf courses!

Diving in the most pristine Beaches

On the Beach Properties

This is just to mention a few of the most exclusive and luxurious beaches in Dominican Republic, as most of the country is coastal.

Whale watching in the Bahia de Samaná. The whale season is from January to March, when 10,000 30-ton North Atlantic humpback whales (almost the entire population!) migrate here to mate and calve

Las Galeras, supposedly even more of a global village than Las Terrenas, is a small fishing village with an eclectic mix Belgians, Germans, Bulgarians, Americans, Spaniards, Canadians, French and Italians. It’s a place where people go to “lose time.” Ahhhhh….

Playa Frontón is known for some of the best diving and snorkeling on the island. Supposedly hard to reach, you have to trek through jungle or hire a boat to get here. Of course this makes it even more intriguing! Colonial Zone is the historic central neighborhood of Santo Domingo and the oldest permanent European settlement of the New World. It has been declared a World Heritage Site by UNESCO.

The travel magazine Conde Nast Traveler has included Santo Domingo’s Colonial City on the list of Latin America’s most beautiful neighborhoods. The world-famous magazine says that a stroll through this particular section of the Dominican capital “is a true delight.”

According to the magazine “…in this neighborhood is where history began in the New World and its colonial buildings are a true tourist attraction.” The article recommends a stroll along the “Las Damas” Street, perhaps one of the oldest in the Western Hemisphere. 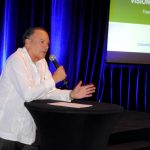 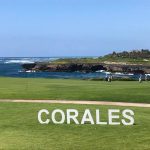 Nate Lashley moves to second on the Web.com Tour money list with his victory at Corales GC.