From recent stock market fluctuations to the shifting fortunes of emerging market buyers, the global prime property market traversed a challenging geopolitical and economic landscape in 2015 and into 2016. The annual Christie’s International Real Estate Luxury Index, which synthesizes and compares luxury housing metrics, reflects these developments and acts as a measuring stick for the global luxury market.

The Index ranks the 10 top property markets under two performance measures:
1) the Luxury Index rates the relative “luxuriousness” of primary market cities with at least one million residents .
2) The Luxury Thermometer assesses the “health” of the million-dollar-plus market (Exhibit 2b) and compares primary and resort housing markets.
Highlights from these findings include:

With more luxury listings than any other city, as well as the world’s second most expensive residential sale in 2015 ($141 million / £92 million), London retains its position as the most luxurious property market worldwide. In spite of slower growth due to new taxes on prime property purchases, the city continues to attract strong domestic and international buyer demand. Even with negative annual overall sales growth and pressures from a decline in mainland Chinese capital outflow, Hong Kong narrowly edged out New York to place second in the Luxury Index. The harbor city posted the world’s top residential sale in 2015 ($194 million / HK$1.5 billion).

Miami achieved a local record sale ($55 million for a new-build penthouse), which offset declines in overseas and cash buyers, ensuring a solid performance in the Luxury Index. New luxury stock and slowing buyer demand evidenced in late 2015 and early 2016 however, is likely to move it down in next year’s rankings. Singapore joined our Index rankings after showing signs of an uptick following several years of declines due to government cooling measures. Singapore knocked Dubai— where pressures from declining oil prices and an oversupply of luxury properties caused price and sales volume declines—out of the world’s top 10 luxury markets.

The world’s “hottest” city for luxury real estate based on our survey of 100 affiliate markets is Auckland, which posted an incredible 63 percent growth in million-dollar-plus sales thanks to strong international and local demand. 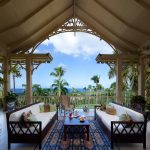