It has been revealed that Prince owned a stunning holiday home in the Caribbean island of the Turks and Caicos.

As well as his Paisley Park estate in Minnesota, Prince owned a house in the Costa Del Sol, and this £8 million mansion in Providenciales, reports the Mirror.

A gallery of pictures of the house first appeared on the TMZ website, which said that the first thing Prince did when he bought the property was paint the drive purple.

The late singer, who passed away in April, also had a huge pyramid above his Paisley Park home that would illuminate purple when he was home.

Robert Greenwood of Christie’s International Real Estate told TMZ that the property was bought in 2010, but that Prince had not fully moved in.

Although it’s “sparsely furnished”, he said, there’s actually a few items in the house from the “Purple Rain” movie, including a mirror and a few chairs.

Other stars who own property in the Turks and Caicos include Bruce Willis, Keith Richards, and Christie Brinkley – and you can even rent out all three properties, although that comes with a hefty price tag. Invest in Dominican Republic, a country of opportunities – Video 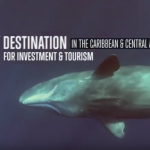 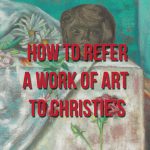