Luxury homes on average took 195 days to sell in 2015 across our surveyed prime property markets, an overall 23% decrease from the year prior

In the majority of our surveyed markets, days on the market for luxury properties fell or remained constant in 2015 as compared to 2014. The average days on market for prime property worldwide was 195, a 23 percent drop from 2014. Limited supply remains a constraining factor in many luxury residential markets. As the International Monetary Fund observed in a January 2016 report, “Inelastic supply of housing contributes to magnifying the impact of shocks to housing demand.5” A shortage of quality luxury stock in Sydney is “lessening the impact of the market softening in other price points,” says Ken Jacobs of Ken Jacobs in Australia. The imbalance between demand and supply has helped limit price falls in some markets yet has pushed prices higher in others. “The problem with these low inventory levels, aside from the fact that they leave buyers frustrated, is that they are placing incredible upward pressure on sale prices,” notes Chris Kapches of Chestnut Park Real Estate in Toronto, where home prices increased by 14 percent from January 2015 to January 2016. Renee Grubb of Village Properties in California’s seaside community of Santa Barbara, concurs: “The gradual rise in prices and lack of inventory provided a seller’s market, and left buyers feeling they needed to buy before being priced out of the market.” Market attractiveness, coupled with inventory issues, impacted the time it took to sell a luxury home in the world’s top cities for luxury property (see Exhibit 4). Markets that saw sharp declines in time on market also saw a correlation in sales volume growth: Sydney went from 93 days on market to 67 in 2015, Paris dropped to 165 days from 170. Conversely, London and Hong Kong saw year-on-year increases in the time it took to sell a luxury home in 2015, corresponding with a slowdown in overall demand. 5 Bedrooms to die for! 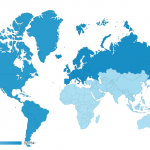