January 28, 2021 in Hospitality News, In the Press, Market Updates, Sustainable, Turismo de Salud, Ultra-Rich and HNWIs, Vacations
“A new tourism is being built that will have a fairly short transition”
From NEWS TOURINEWS DRAFTING MONDAY, JANUARY 25, 2021
Manuel Butler, executive director of the Org. World Tourism Board, points out that the recovery will be slow but there may be a “tsunami of excess demand” on time
Tourinews had the opportunity to interview Manuel Butler, current executive director of the World Tourism Organization (WTO). He has more than 25 years of experience in promoting tourism in Spain at the highest level, having assumed the position of general director of the Spanish Institute of Tourism (Turespaña) in two periods and having been in charge of the Spanish Tourism Offices in Miami (USA) and in Frankfurt (Germany).
Butler believes that, after the pandemic, there will be a recovery in the tourism sector “slower than we would like”, but that, from time to time, we will experience the ‘champagne effect’, that is, like when a bottle is uncorked of champagne, WTO In addition, he affirms that Covid-19 will leave a clear mark on the tourism sector, whose pillars are already being erected, and is the emergence of a new tourism based on sustainability and social and environmental responsibility. 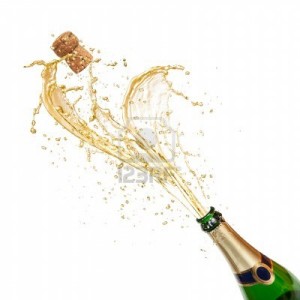 Question (Q): The “revenge tourism” is a concept that many columnists are talking about, such as Isabel García (El Mundo), who defines it as the realization of trips motivated by an inordinate anxiety after a period in which it has deprived the population of that possibility. This has already happened in China, where reserves after confinement increased 1,500%. Do you think this behavior can be replicated in other countries of the world?
Answer (R): I think so. We must not forget that we are in a supply shock, there is no demand problem. The demand has been contained for almost a year now. Traveling is part of our substance and, as soon as we can do it under normal conditions, we will travel. The term revenge tourism had not heard, it sounds a bit aggressive; I call it the ‘champagne effect’, that is, just like when you uncork a bottle of champagne, there will be an overflow of demand because there are so many people who want to travel. We have already seen it, not only in the case of China, but in Europe when travel restrictions were lifted on July 1, 2020 and reservations and internet searches reacted upwards almost instantly.
Q: A study on this phenomenon in China, conducted by McKinsey & Company, says that domestic tourism will develop first, then nearby destinations, and later international ones. From the WTO, is this possible euphoria about traveling being taken into account?
A: Precisely during the WTO Executive Committee meeting [January 18 and 19] we presented the changes that are taking place in the consumer. We do not know if these changes will be maintained or are short-lived. In them we see that what you have indicated is taking place. On the one hand, domestic tourism is something that we are seeing, not only in China, but in the most resilient countries in terms of overcoming this crisis, which are those with the highest share of national tourism and less dependence on international tourism. On the contrary, the islands, especially the developing island states, are the ones that are brutally dependent and have a very bad time. Last minute bookings also stand out, where great volatility prevails and is obviously fueled by the need to stimulate bookings where cancellation facilities are very high.
Q: The same study also states that the first to travel will be young people and they will opt for outdoor destinations
A: Of course, that is something that is here. The first who are reacting and who are more resilient to this crisis are young travelers, millennials, who are looking for a much more responsible tourism and in contact with nature. When we talk about more responsible, we are talking about it being more sustainable, especially in its social and environmental aspects. Young people are extremely sensitive to the issue of single-use plastics. It is something that is there and from the WTO we think that it is something that is going to stay and grow. We are making a very large commitment to nature, rural tourism … and we will continue working in the coming years in that line, because we think that it also means balancing, in some way, tourism internally in each of the countries. Make tourism a shared wealth, not only for a few destinations, but also shared by the entire population. And, in that sense, one of the most needy is the rural world, what in Spain has been called the emptied Spain. 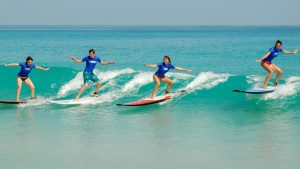 Q: And how do you think tourism will react, will there be an avalanche or will it be a staggered reactivation?
A: The recovery in tourism is going to be slow. It can be a somewhat more or less accelerated depending on how the health front – vaccination and testing – and international coordination, which is a key element in recovering the confidence of all travelers, is faced. We will not reach levels prior to the crisis for another two and a half or three years, more or less, that is, for three years we will live in a situation of very clear oversupply and with weak demand, but that, occasionally, This phenomenon that you mention is going to produce, due to the contained desire to travel, since in most countries traveling is a basic necessity and we have been deprived of this good for reasons that we all know. So, yes, that tsunami of excess demand can occur on time, but it will be in a short time and then the situation of low demand and slower recovery than we all would like will be reestablished. But it will be a recovery based on these pillars that I have already indicated, a new tourism is being built in a very clear way that will have a fairly short transition.
Q: Knowing so closely the macro tourism strategies of the countries, specifically Spain, do you think that a marketing war can be unleashed by the tourist destinations of the countries to attract tourists?
A: Obviously the competition is going to be much greater. In this framework that we draw, if there is the same offer, the competition will be greater for a few years. We are seeing that, especially in the field of aviation, which is an indicator of what can happen in destinations. In any case, what is prevailing now is a spirit of cooperation and collaboration. For 10 months we have had a Global Tourism Crisis Committee where countries, sister organizations of the United Nations, large associations are represented … and there is a very important spirit of collaboration and construction. Logically, this is how the market works, and as soon as these movements occur, competition will intensify, it is logical. But at the moment what is dominating is the spirit of cooperation and collaboration, because this is affecting the whole world, although not in the same way because of what I have indicated with respect to the dependence that we have or not on international tourism. But I have it very clear: betting on tourism is betting on a winning horse. 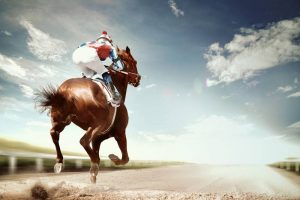 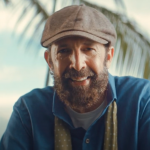 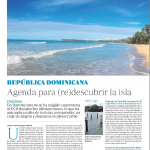